Are you looking for a beer brat recipe that you can enjoy all fall and winter long?  I don’t know who LB is, but LB’s Crockpot Beer Brats taste like they just came off the grill! 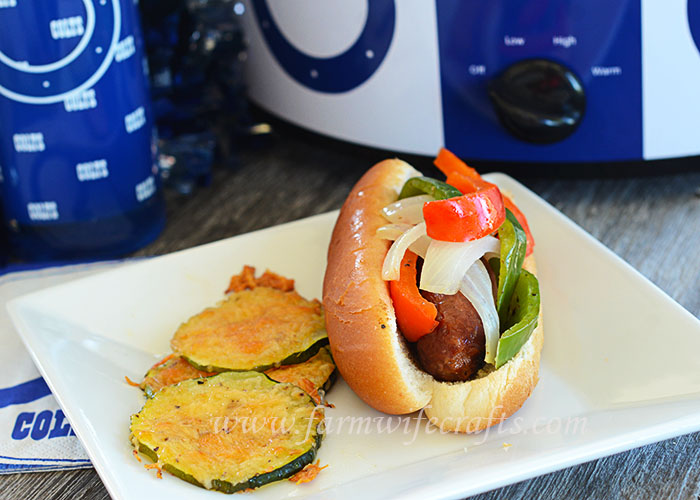 We love brats in our house, but we like them year round and I don’t really care to stand outside in the cooler temps and grill, so I discovered this recipe and knew I wanted to try it! 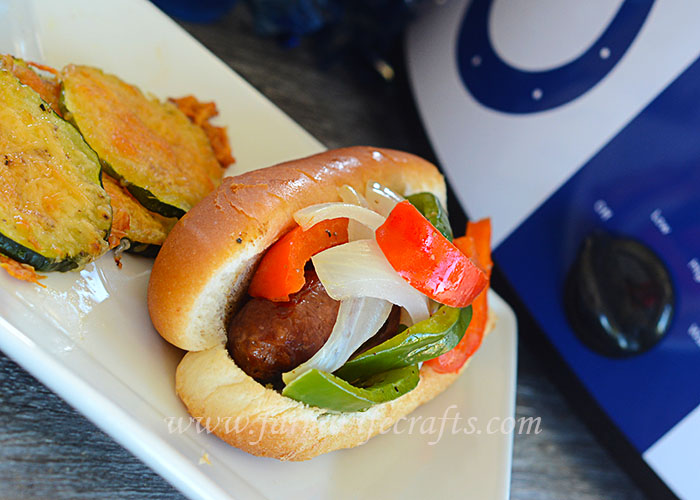 Slice or chop an onion, and toss the brats in a skillet with some oil, and garlic cloves.  (You can add some peppers too, which is what we like to do.)  Heat them until they are browned on each side then pierce them each with a fork and cook for a couple more minutes. 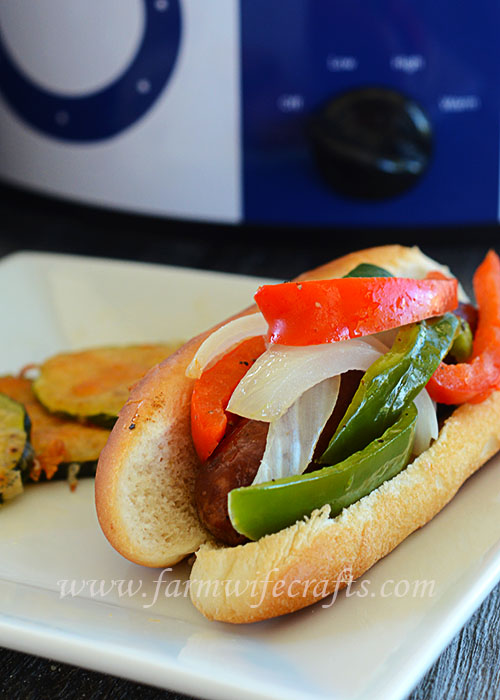 Add everything to a crockpot.  I used my 6qt. crockpot.  Pour a can or bottle of beer over everything, cover and let it all cook on low for- hours.  Serve on buns and top with onion from crockpot.

These are so easy and so good!  A little taste of summer in the fall or winter.  These are perfect for tailgating also! 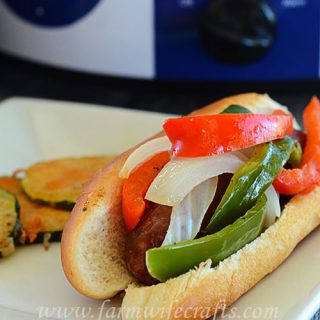