Have you ever driven by a field that looks like it has something planted in between the corn stalks in the dead of winter or early Spring?  Those are called “cover crops.”  What is a cover crop?  They may look something like this… 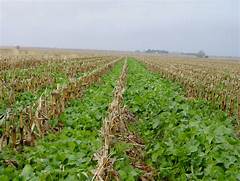 In the picture above, it looks like the farmer may have planted some radishes or turnips after they harvested their corn.  That’s right!  Radishes and turnips are for more than your garden.  Some farmers plant cover crops as a way to improve soil health.  Cover crops have been proven to help make soil fertile, prevent soil erosion, regulate water usage, and reduce weeds.  Cover crops are usually pretty low in cost, however they aren’t harvested.  They are mainly used to increase overall soil health.

The most popular reason cover crops are used is to aid in the effects of soil erosion.  As the plants get taller, the slower the water run-off will be.  The girls and I did a little experiment with soil erosion a while back, so if you would like a better visual, check out this post on water erosion. 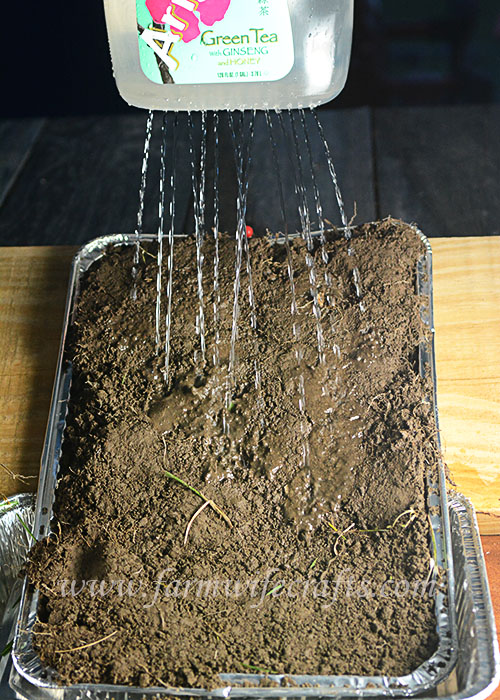 Cover crops increase the fertility of the soil and are also known as green manure.  Having more crops planted in the soil means more organic matter in the soil.  Some farmers till their cover crops into the ground before spring planting where they decompose and add even more organic matter to the soil crops and then plant.  That is called no-till planting and that’s a post for another day:).  My friend Lana from Lana’s Life compares cover crops to a poke cake and I think that is an awesome analogy.  Check out her post, plus she shares a yummy recipe for poke cake!  Below is a picture of their winter wheat.  Wheat can also be used as a cover crop.

It always amazes me how much time and research is spent on farming as the years pass.  Farming has evolved, so much in the last several years…even in the last ten years.  I recently reflected on this when a small field of wheat we had was harvested the “old fashioned way.” 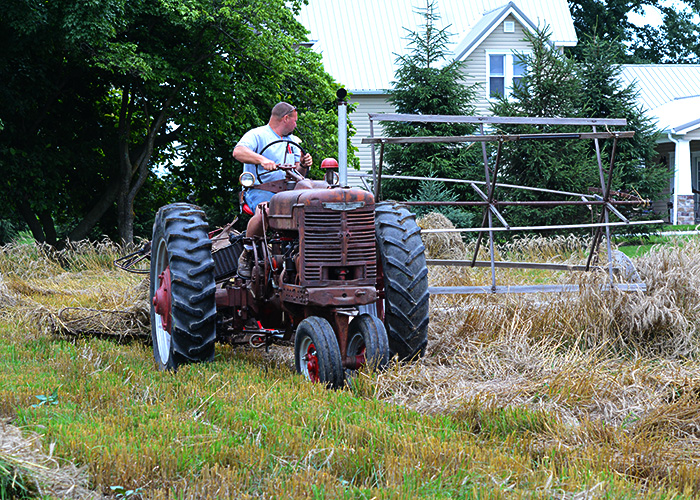 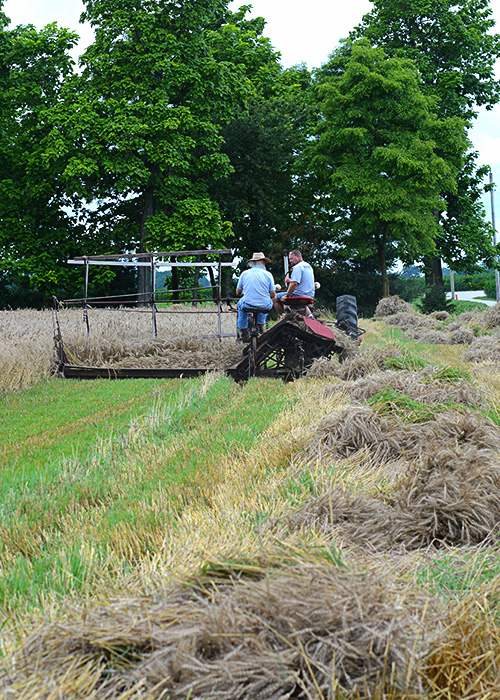 This is called wheat threshing.  The wheat is cut and then placed in bundles, by hand. 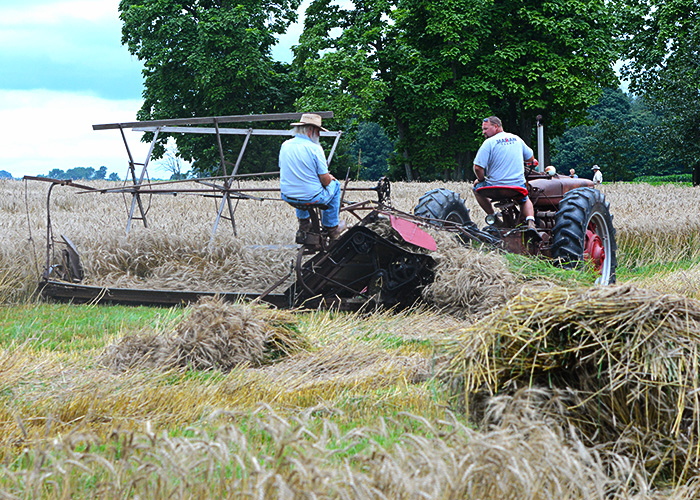 The people in this picture are putting the wheat in the bundles to dry. 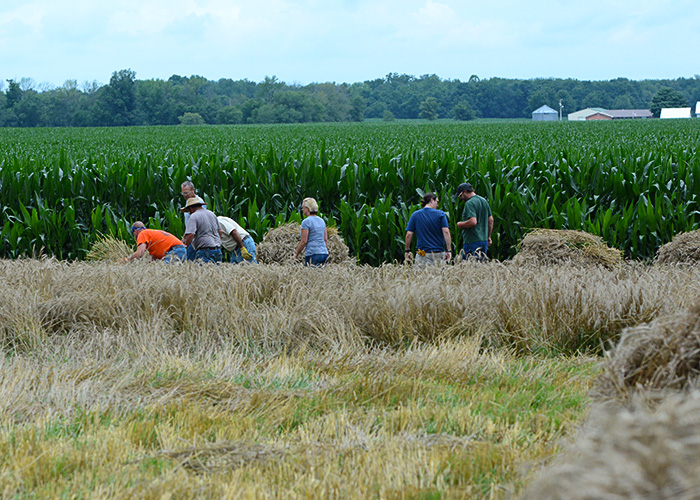 You can see one of those bundles in the bottom of this picture.  It is left there to dry for a couple weeks depending on the weather.

This small 10 acres maybe? field took us the better part of the day to harvest and even then it wasn’t complete, because the bundles had to dry, then be placed on a wagon where they were taken to our local steam engine grounds for a demonstration during the Pioneer Steam Engine Show and the wheat was separated from the plant.  We also had many hands to help!  Today we are able to harvest a large amount in one day with a lot less man power. 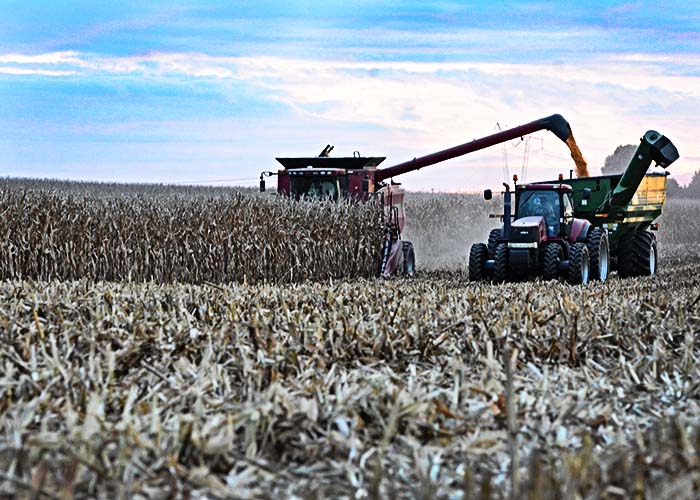 Here is a comparison photo that I thought was a neat way to reflect the advancement.

Now to the good stuff!  Recipes!!!  When I have to take meals to the field it’s all about simplicity.  The guys are thankful for the break of ham sandwiches and the girls like to see their dad, but it’s a lot of work to pack everything up, so simplicity is key! 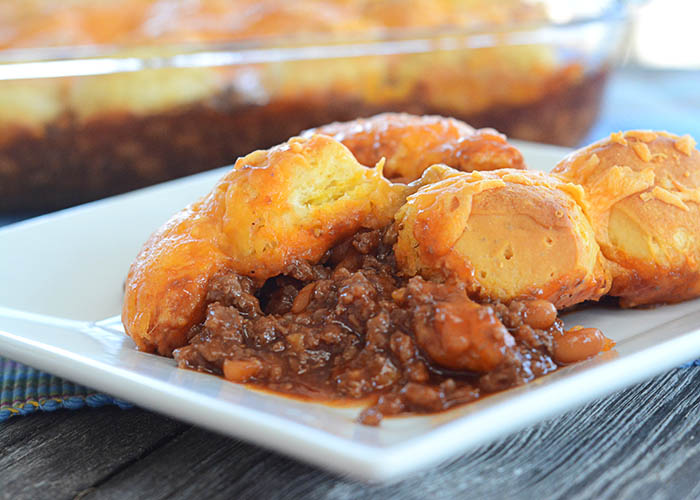 Beef Barbecue is also a favorite, and this particular recipe is made in the crockpot which is even better! 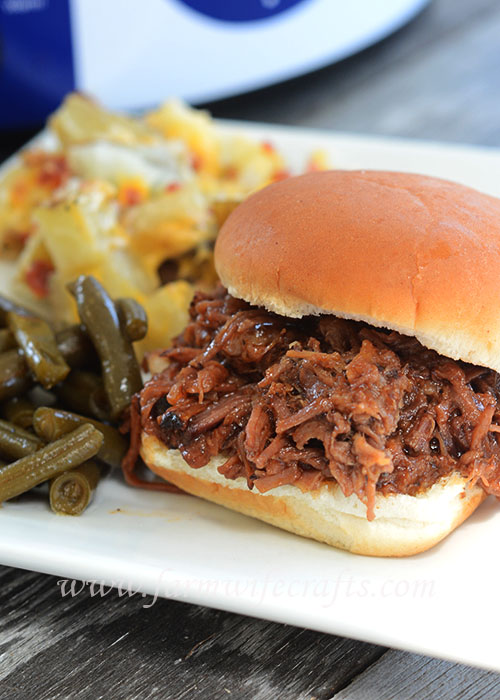 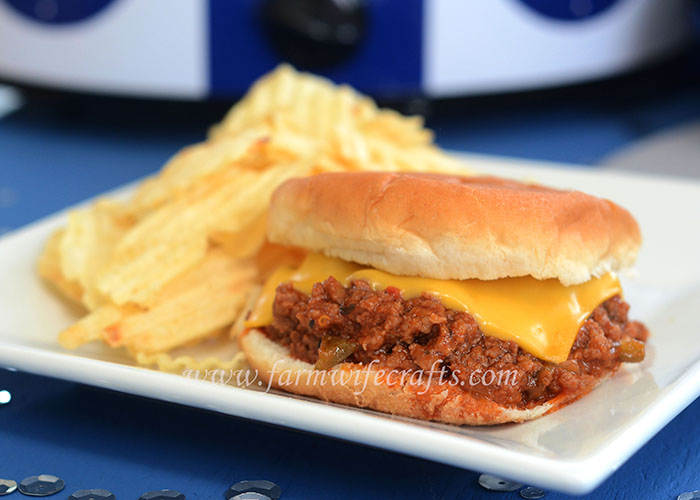 Sometimes it can be a little chilly during harvest, so a nice bowl of soup is perfect to warm everyone up.  Our family loves this cheesy potato soup. 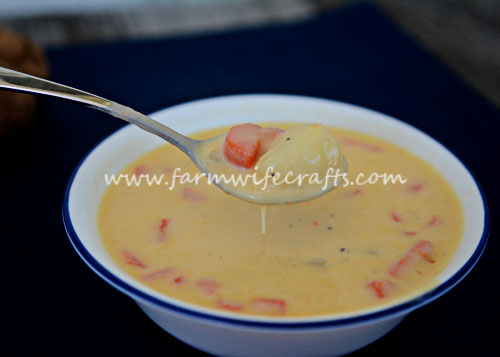 We can’t forget about that sweet tooth!  These chocolate chip shortbread cookies are a tried and true family recipe that everyone loves! 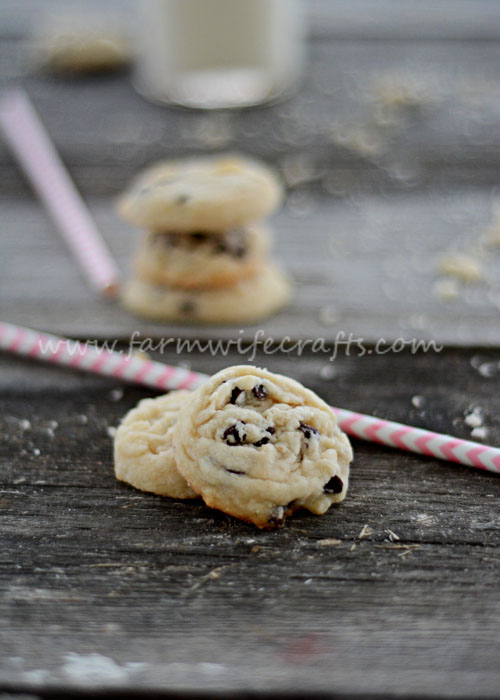