I brainstormed a craft idea, so I went to my favorite little mom and pop craft store to gather the supplies I would need and came across even more fun stuff to add to my idea.  One of the items I found was this adorable tin watering can.  It was perfect, except that it was tin.  I wanted more of a rustic approach, so as I carried it around the store trying to figure out how in the world I could make this watering can more rustic, a light bulb went off.  I remembered seeing somewhere in the world of internets that you could make items rust, so I searched and came up with this concoction to make rust with 3 simple ingredients….and they are probably ingredients that you already have in your house! 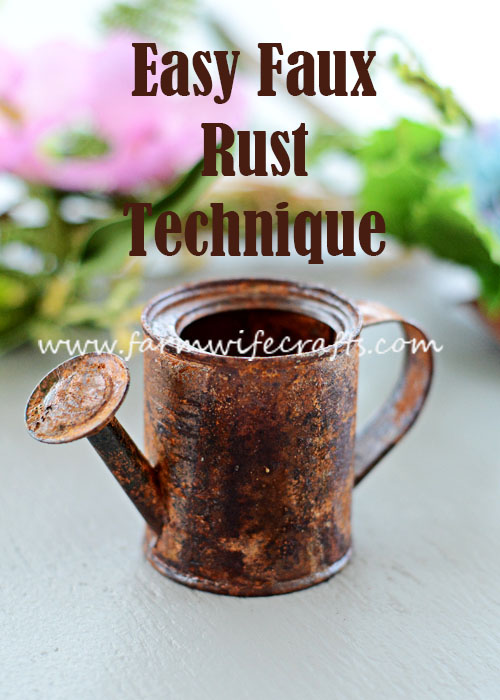 To make rust, you will need: salt, white vinegar, and hydrogen peroxide. 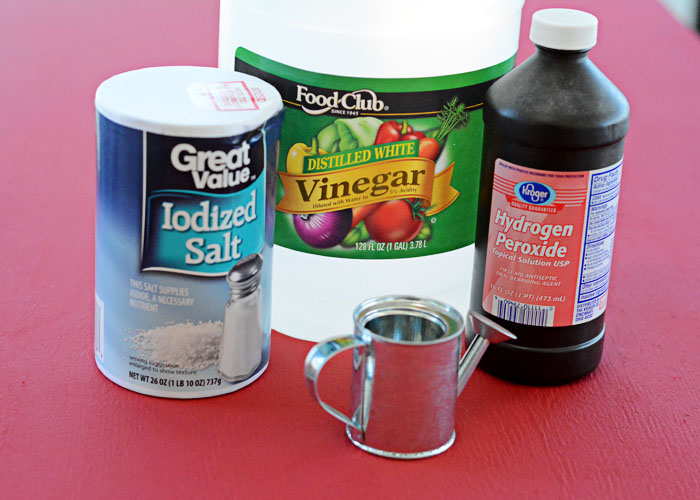 I know there are some people out there who think I am crazy for making this adorable tin watering can rust, but I prefer a more vintage look to my decor:)

In a plastic container, combine 1 Cup white vinegar, 1 Cup Hydrogen Peroxide, and 2 Tablespoons of salt.  I used a cottage cheese container because I was sure I wouldn’t be able to reuse it when I was finished.  This “recipe” can easily be doubled or cut in half.  Just make sure there is enough liquid to cover most of your item.  Place the item you want to rust in the vinegar mixture.

The picture on the left was taken just a couple hours after placing the watering can in the vinegar mixture.  The one on the right was 3 days later.  Notice that the solution didn’t cover the watering can completely, so I would rotate it a couple times a day. 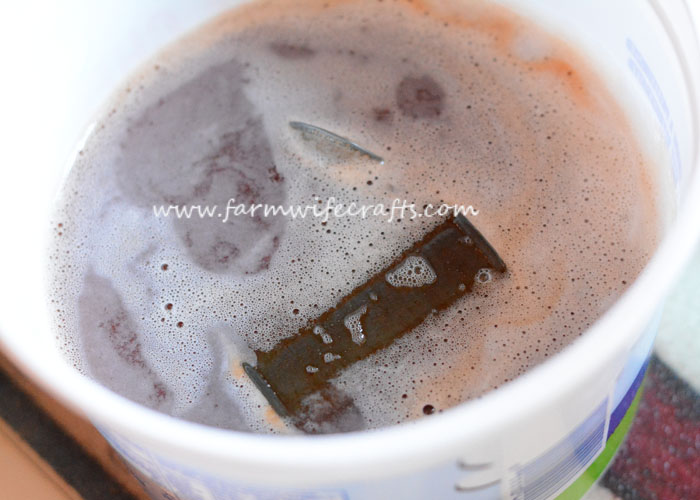 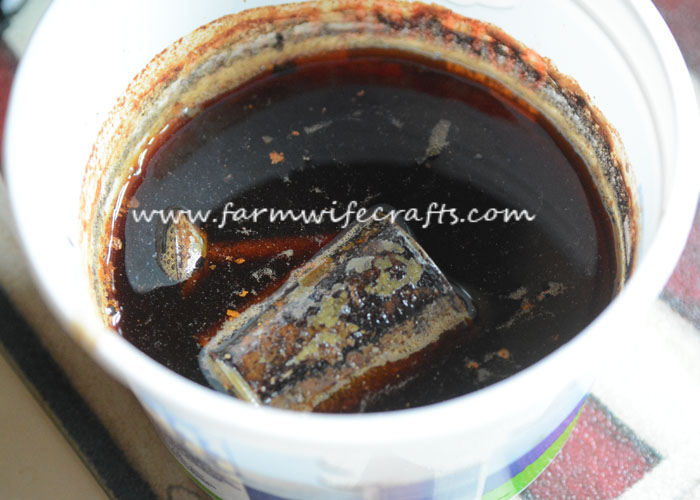 After about 3 days, set it in a warm place on a paper towel.  As it dries, it will continue to rust.  That’s it.  Easy peasy! 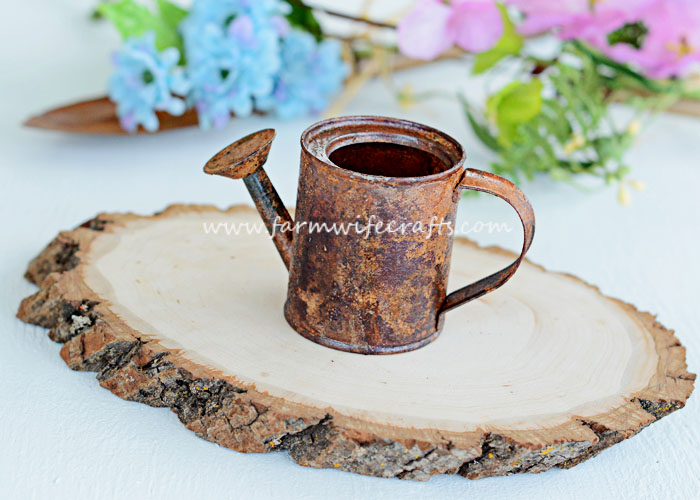 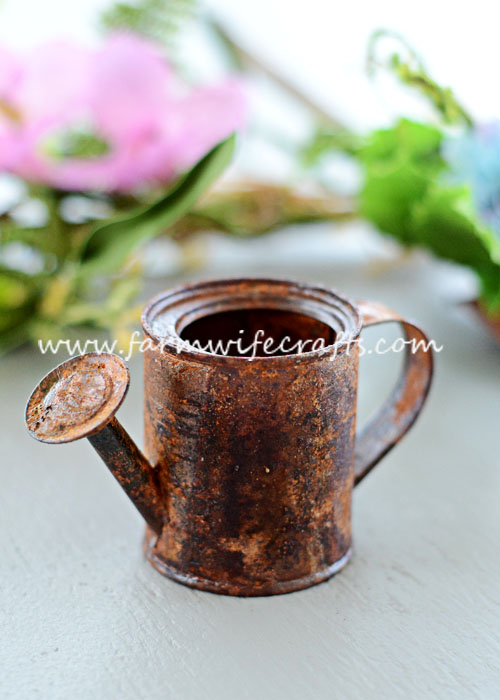 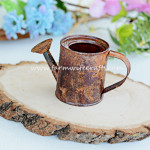